Mr. Li Hongzhi (李洪志先生) is the founder of Falun Dafa (also known as Falun Gong). Master Li (referred to respectfully by Falun Gong practitioners as “Master” or “Teacher” or “Shifu” (師父)) first taught the practice to the general public in 1992 in northeastern China in the city of Changchun (長春）.

Teacher Li is the recipient of numerous awards and citations for his efforts to promote human betterment. By April 2001, Master Li had received over 340 awards and proclamations from Australia, Canada, China (before the suppression), Japan, Russia, and the U.S. in recognition of the extraordinary contributions to people’s spiritual and physical health, and to freedom of belief in the world.
Mr. Li Hongzhi has also been nominated for the Nobel Peace Prize in 2000 and 2001 and the Sakharov Prize For Freedom of Thought in 2001 by over 25 members of European Parliament.

In 2013, Teacher Li Hongzhi was ranked by Foreign Policy Magazine as one of the 500 most powerful people in the world.

Master Li Hongzhi was born in Gongzhuling city, Jilin province, China on May 13, 1951.

Mr. Li Hongzhi gave his first public teaching of Falun Gong at Changchu, China on May 13, 1992.

Between 1992 to 1994, Master Li traveled throughout China,  giving 54 classes and teaching Falun Gong exercises. Classes typically last 8-10 days, two hours per day. Seminars are often arranged by local government-run qi-gong organizations. Attendees range from a few hundred to upwards of 6,000 per event. Please refer to www.minghui.org for a chronicle of major events of Teacher Li during this period.

In 1992, Teacher Li Hongzhi also received the most awards from the 1992 Asian Health Expo held in Beijing, China.

In 1993, Master Li Hongzhi was praised by an organization (中华见义勇为基金会) of the Ministry of Public Security of China after providing treatment for 100 injured police officers.

Mr. Li Hongzhi again received many awards from the the 1993 Asian Health Expo in Beijing. 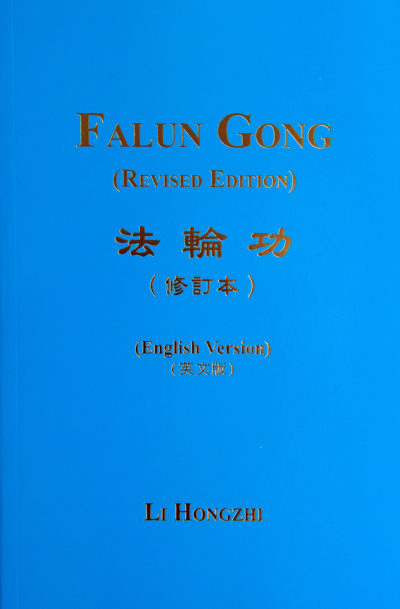 In 1994, Mr. Li Hongzhi was invited to gave lectures at the Public Security University in Beijing and donated all proceeds from the seminars to a foundation for injured police officers.

Mr. Li was honored a “Grandmaster of Qigong,” by the Jilin Province Qigong Science Research Association on May 6, 1994.

In December, Mr. Li gave the last Falun Gong public teaching in China at Dalian, about 6600 people attended this class.

On January 4, 1995, Master Li held the publishing ceremony of the “Zhuan Falun” book at the auditorium of the Ministry of Public Security of China. Master Li also announced the conclusion of his teaching in China.

On July 22, 1999, Falun Gong was officially banned by China’s communist rulers, and the Ministry of Public Security of China levelled a series of charges against Master Li on July 29, 1999.

Master Li finished teaching Falun Gong in China, and began teaching the practice abroad in 1995.   He moved to the United States in 1996 with his wife and daughter.

His first stop is Paris, France in March 1995. Master Li was invited to the Chinese embassy to teach the Falun Dafa.

Master Li also held a seven-day teaching session in Gothenburg, Sweden, in 1995. It was one of the few such sessions that Mr. Li held overseas and was the last one of the series.

Although the city of Houston named Master Li an honorary citizen and goodwill ambassador for his “unselfish public service for the benefit and welfare of mankind” in 1994, Master Master Li Hongzhi went to the city and gave his first lectures on Falun Dafa on October 12, 1996. Master Li talked for about six hours straight, without even a sip of water.

In July 1999, Master Li received recognitions from the cities of Chicago and San Jose.

In 2000, Master Li  was nominated for the Nobel Peace Prize.

Many more awards and recognitions of Mr. Li Hongzhi were issued after 1999 China’s banning of Falun Gong. Please refer to the list of Governmental Awards and Recognition of Falun Dafa at minghui.org.

And Master Li received an International Religious Freedom Award from the Freedom House on March 14, 2001.

In 2013, Mr. Li Hongzhi was ranked by Foreign Policy Magazine as one of the 500 most powerful people in the world.

Master Li has rarely appeared in public since 2000, but still speaks at the Falun Dafa Experience Sharing Conferences to provide necessary guidance for Falun Dafa cultivation.