You are here: Home / Featured / Commemorating the 21st Anniversary of the April 25 Appeal in Beijing 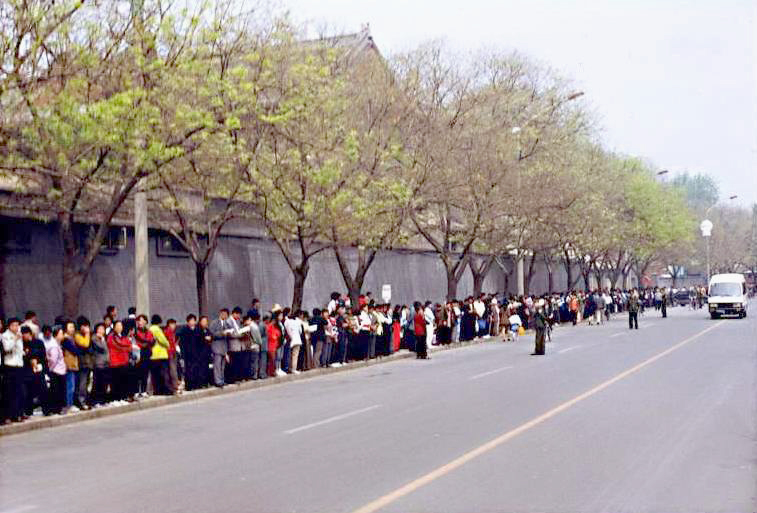 It was the spring of 1999. China was transforming. A cultural renaissance inspired by an ancient spiritual practice was flourishing, signaling a healthier and more hopeful future for the Chinese people. The Chinese Communist Party was split on this phenomena – investigating, promoting, and criticizing the practice, all at the same time.

What seemed to be a spontaneous, peaceful protest by Falun Gong practitioners, was actually orchestrated by some CCP officials and then used to ignite a persecution campaign that would plunge the entire nation back into the dark days of the cultural revolution, and worse.

What’s the real story of this fateful day?

A Virtual Candle Light Vigil with A Global Message

Ten years after the Tiananmen Square massacre, 10,000 Falun gong practitioners gathered outside China’s central leadership compound in Beijing. They had come to appeal at China’s central appeals office — to appeal for practitioners who had been wrongfully arrested in the city of Tianjin, for their books, which had been banned, and for practitioners all over the country who were being harassed and investigated by the police. They were met by then-Chinese Premier Zhu and the arrested practitioners were released. It seemed like the appeal had been successful. But in reality, the brutal crackdown was started on July 20th.

A unique, on-line candlelight vigil, captured in touching detail by this video, marks the anniversary of the largest appeal for freedom of belief and human rights in China’s history. This appeal was also the event that sparked an era of brutal repression under the Chinese Communist Party (CCP) — a regime built on deception and tyranny.

As the world reels from a pandemic unleashed upon us by the CCP’s deception, this virtual candlelight vigil captures an important message for us all.

To support human rights and help expose the tyranny of the CCP, please share this video with your friends and family.

Why haven’t I heard?