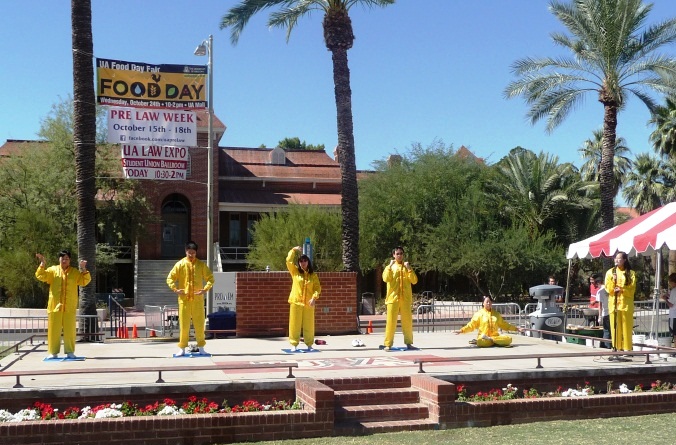 Falun Gong is an ancient Chinese spiritual discipline in the Buddhist tradition. Pronounced “Fah-loon Gong,” it consists of moral teachings, a meditation, and four gentle exercises that are a truly unique and highly effective way to improve your health and energy levels.

At the core of Falun Gong are the values of Truthfulness, Compassion, and Forbearance (or in Chinese, Zhen 真 Shan 善 Ren 忍). Falun Dafa teaches that these are the most fundamental qualities of the universe, and takes them to be a guide for daily life and practice.

In the words of Falun Gong’s founder, Mr. Li Hongzhi, “Assimilation to the highest qualities of the universe—Zhen 真 Shan 善 Ren 忍 —is the foundation of the practice. The practice is guided by these supreme qualities, and is based on the very laws which underlie the development of the cosmos.” Falun Gong is also commonly known as “Falun Dafa.”

By 1999, Falun Gong had grown to become the largest and fastest growing practice of the sort.  In just seven years since its 1992 introduction to the public, an estimated 100 million people were practicing Falun Gong.

2. Raise Awareness of the Persecution of Falun Gong 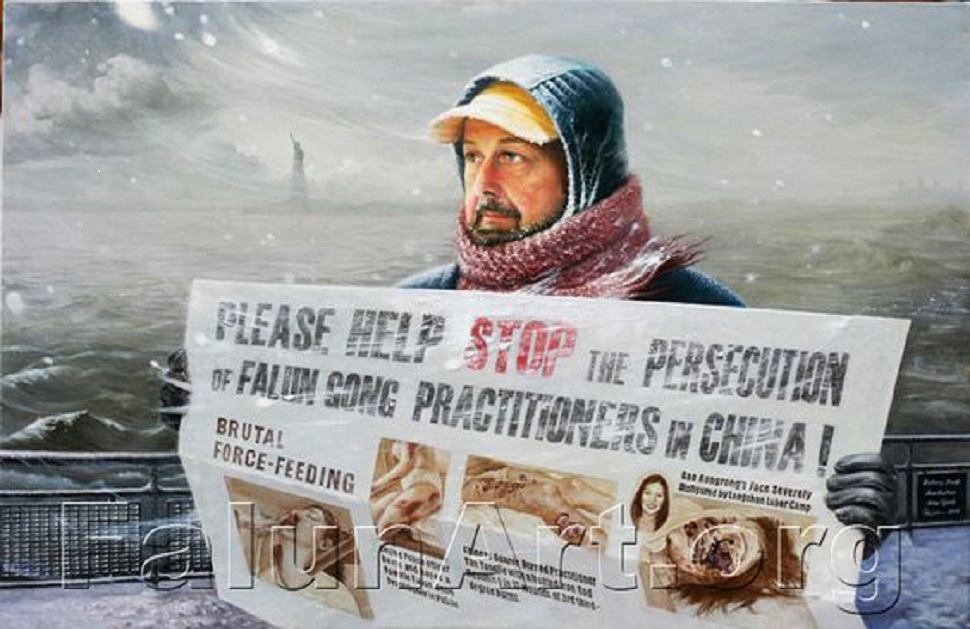 It began in the middle of the night, on July 20, 1999, and became one of the largest persecution campaigns in the world, which continues to this day.

Millions of innocent people in China have been fired, harassed, jailed, tortured, or killed simply for practicing Falun Gong. The Chinese Communist Party is also trying everything in its power to keep more people from knowing.

Watch this video to learn more about The Persecution of Falun Gong:

Shen Yun (ShenYunPerformingArts.org) presents traditional Chinese culture through classical Chinese dance with orchestral accompaniment. Shows and ticket sales are usually held in Tucson and Phoenix early in the year. (Note: Shows in Arizona for 2021 are still to be announced due to the COVID-19 pandemic)

To learn more, watch this video on how Shen Yun revives 5,000 years of civilization through beautiful music, breathtaking dances, and timeless legends:

3-2. Host The Art of Zhen, Shan, Ren Exhibitions in Arizona:

These artworks depict the beauty of Falun Dafa practice and the courage of Falun Gong practitioners who have endured brutal persecution in China.

Currently, no exhibitions are being held in Arizona. An announcement will be made the “News and Events” page as soon as there is one.