You are here: Home / News / Stop Inhumane Persecution of Falun Gong in China 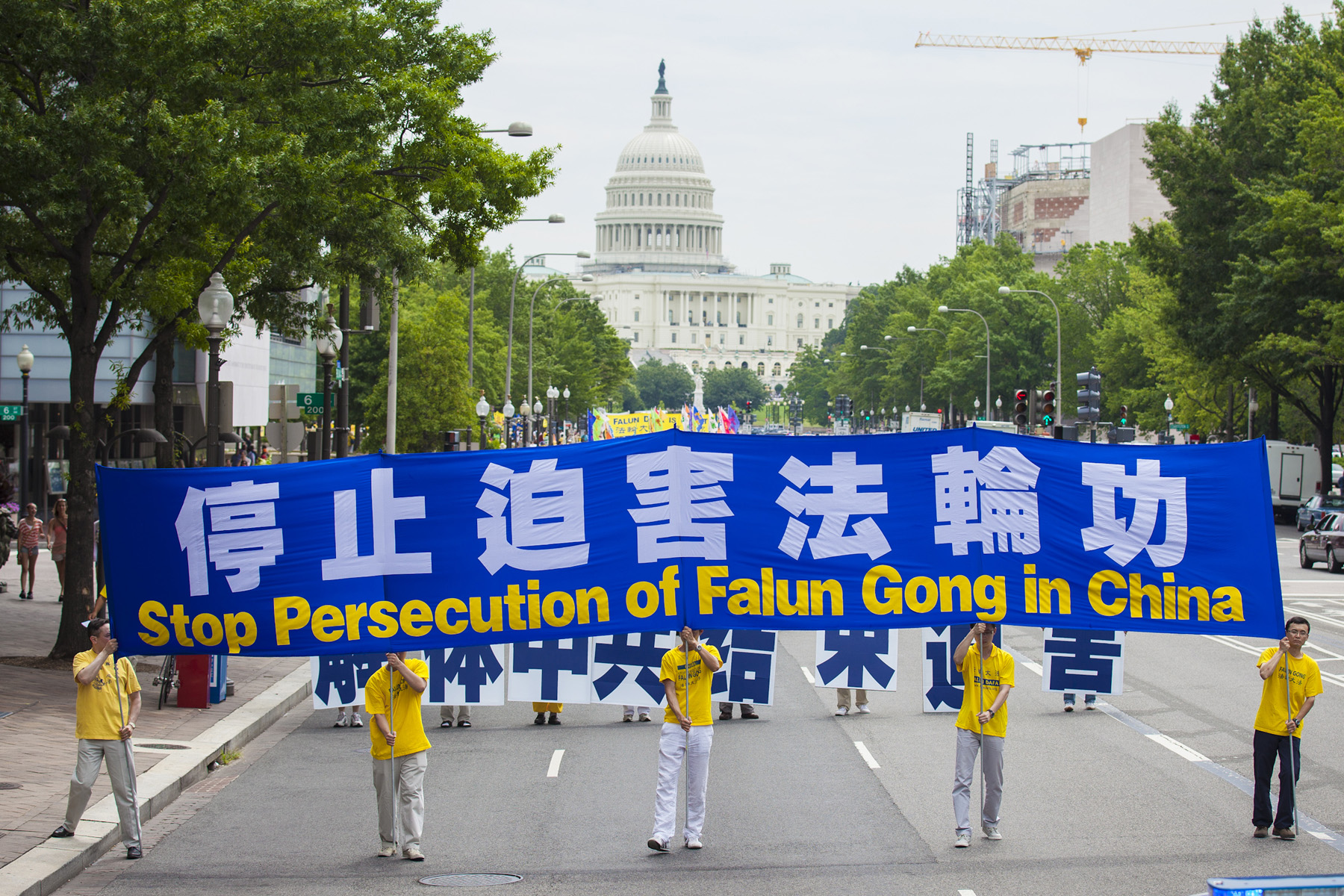 Eleven Falun Gong practitioners were in Amarillo on Tuesday to talk about the persecution of practitioners in China. Members of the group from the West Coast held a press conference at the Central Library on their way to Washington, D.C., for a campaign to bring awareness about conditions in China. A rally featuring 3,000 people is anticipated in Washington next week, said Gina Sanchez, a spokeswoman from Pasadena, Calif.

“I would like to call upon all kind-hearted people outside of China to stop this inhumane persecution,” said Ma Chunpu, 80.

Four practitioners – three of whom were detained in China – spoke Tuesday in Amarillo. Falun Gong officials say more than 250 people have been killed in China. The press briefing ended with a video depicting the persecution.

“We are here today, in traveling the entire breadth of America, to send out an SOS, to rescue the Falun Gong practitioners who are being persecuted and tortured in China,” Sanchez said. “We are seeking every means – diplomatic, legal and humanitarian – to stop any further killing of innocent people in China.”

Yaning Liu got choked up talking about her mother in China.

Liu used to live in China, where Falun Gong (also known as Falun Dafa), a mind-body discipline, is illegal. Liu’s mother was arrested for practicing Falun Gong and has been imprisoned.

“(Officials) never let us know about her situation, so there were several months we lost track of her and didn’t even know whether she was alive or dead,” said Liu, who lives in Phoenix and came to the United States in 1998. “I continue my practice of Falun Gong without any trouble (here), but I am extremely worried about my mother.”

Falun Gong is a mind-body improvement movement that involves meditation and physical exercises. It started in China in 1992 but has been illegal since 1999.

Officials said Falun Gong has no political agenda or affiliation and is not a religion. But the Chinese government, particularly President Jiang Zemin, perceives Falun Gong as a threat, Falun Gong supporters say.

Falun Gong had 100 million followers when the crackdown started in 1999; supporters said they are not sure of the number now. Sanchez said Zemin initiated a law that makes it legal to execute practitioners.

(This news article was also published (but not available now) at Amarillo Globe: http://www.amarillonet.com/stories/071101/new_inchina.shtml, By Don Munsch)